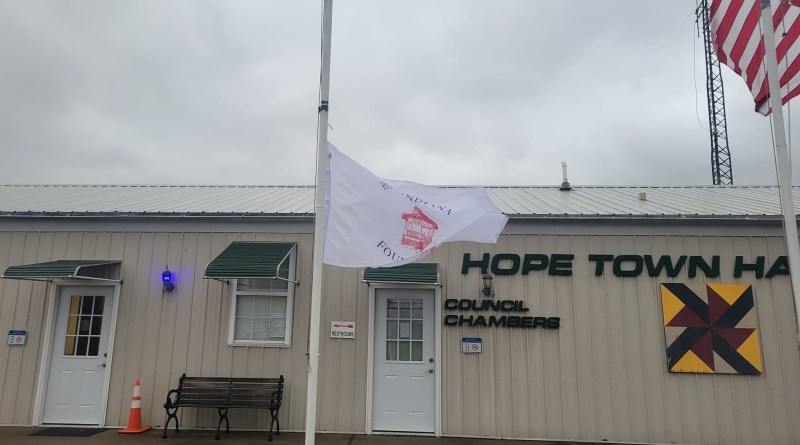 A Hauser High School senior is dead, shot in the chest on Saturday evening.

According to reports from the Bartholomew County Sheriff’s Department, 18-year-old Jesse W. Bragg of Hope died at the scene of home on Elm Street in Hope.

Deputies were called to the scene at about 9:52 p.m. Saturday on a report of a person who had suffered a gunshot wound. Medical aid was rendered, but Bragg was pronounced dead.

Detectives from the sheriff’s department and Columbus Police worked on a homicide investigation, leading to the arrest of 18-year-old Joseph T. Kidwell of Fowler on a felony charge of reckless homicide.

The investigation is ongoing.

Flat Rock-Hawcreek Schools superintendent Shawn Price released a statement saying that the school was responding to the sudden and tragic loss of Bragg, a senior at Hauser. Price said counselors and grief support staff will be on site at the school on Monday for students and staff. A community grief and support site will be available at Hope Moravian Church at 202 Main Street from 4 to 6 p.m. Monday.

The Town of Hope lowered flags to half-staff, citing grief over the loss of Jesse, the son of Jerry Bragg, a Hope Town Councilman.