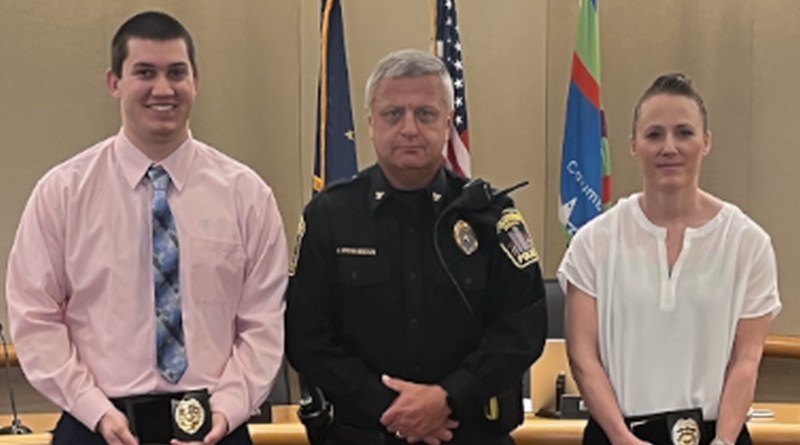 Officer Kathryn Bunnell is originally from Idaho and graduated from Whitworth University in Washington State. She served in the United States Army reaching the rank of sergeant. She joined the Riley Police Department in Riley, Kansas where she served for nearly three years.

After an orientation program, Bunnell will continue her training in the department’s field training program. Walker will attend the Indiana Law Enforcement Academy in January.