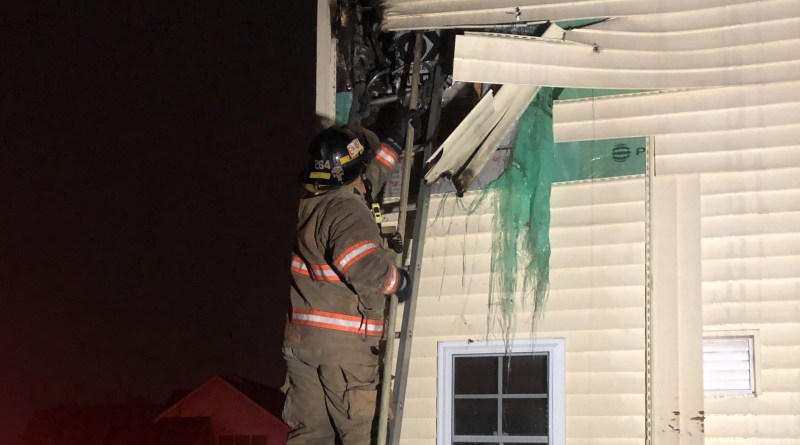 A lightning strike sparked a fire in a Columbus home during Tuesday night’s storms.

According to reports from the Columbus Fire Department, a homeowner heard smoke alarms sounding and found smoke inside the two-story house on Pawnee Trail when he returned home at about 8:13 p.m. Tuesday night. Two dogs had been behind a gate upstairs but had escaped to the first floor when the homeowner entered.

Firefighters arrived on scene a few minutes after the call and found no smoke on the first floor, but heavy smoke and high heat upstairs. They found the fire in the home’s upstairs laundry room and had it under control in less than 10 minutes. Firefighters used thermal imaging cameras and searched the attic to look for more hot spots, and discovered heavy charring in the ceiling joints above the fire.

All utilities to the home were disconnected and the homeowner said that they would be staying with family members.

No one was injured, including to the two dogs. Damages to the home are estimated at $100,000.